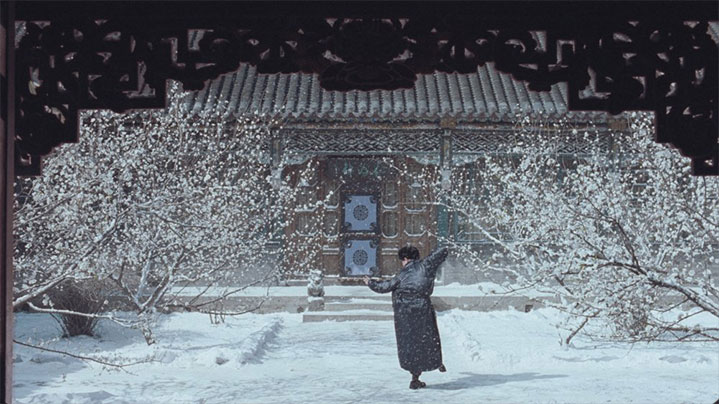 For the sequences listed above we added falling snow that could eventually interact with the fighters on screen. For continuity purposes we had to take into account the native frame rate – which is different for many shots (normal to high-speed, up to 96 fr/sec) – in order to generate the falling snow simulations.

Per WKW wish, falling snow had to match the 'atmosphere' of the other sequences. Falling snow helps in enhancing the fight intensity. Each shot was set up in this way : camera track, adjustment of the CG set, 3D-rotoscopy and 2D-matte of the characters.

For shots with snow interactions we used the animated CG body doubles of the characters in order to generate an interacting snow. There was already falling snow on screen for some shots. In this case we just added another layer in order to make the snow denser. 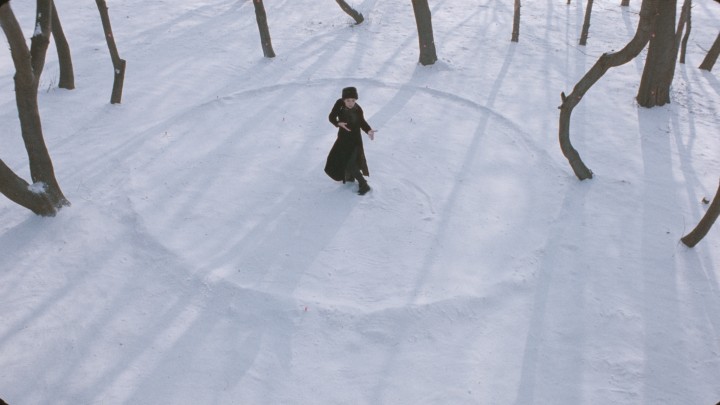 Snow on ground was sometimes not enough, too damaged even not visible at all. We mostly used grading solutions to face the problem. However for complex shots we used an additional snow layer and then compose it on the ground of the filmed plate.

The background landscape has also been totally adjusted. We added snow on the background mountains in order to recreate a continuous atmosphere that matches the emotional context of the sequence. We also added fog and a few snow flakes blown by the wind on the frozen lake.

In the sequence Liaoyang (LY) snow has been added on roof. It was a very thin snow layer so we still are able to feel the tiles under. 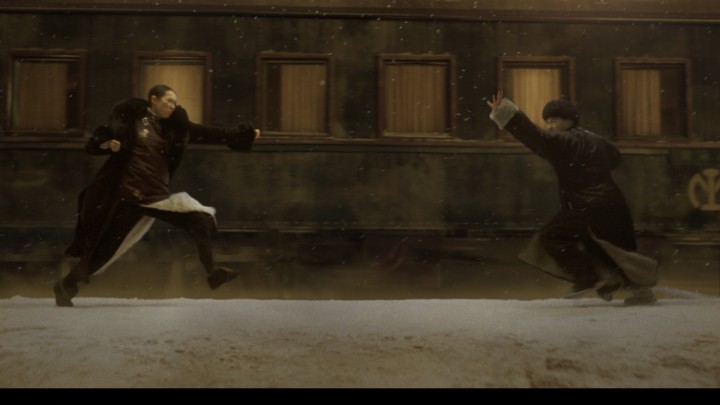 For the fighting sequence, we re-created the CG Train based on the filmed references. It enabled us to animate it (speed up and down) per WKW needs and make the train leave the station at the end of the sequence. So it better matches the filmed train at the beginning of the sequence, we focused on the render : 'oldish' and a bit dent. Interactions with the environment are particularly important since the lower part of the car is metallic, pretty shiny with many reflections.

Other details are also crucial : there are only a few characters visible through the windows, curtains are shut and only a few windows are lit.

In order to set up the shots the filmed characters on green screen have been composited in the CG set. We mapped the empty filmed plates of the environment on the CG set. The CG set has then been rendered with the original camera move of the action plate.

Characters have been filmed with an interactive and flicking light in order to simulate the crossing train. We had to match the CG Train lights (thru the windows) with the filmed lights, we sometimes needed to add flares for better continuity. Still for continuity purposes, smokes have been added.

Miscellaneous FX shots requiring particular treatment : glass broken after being hit by a fighter, logo change since it did not match the right company at that time, fighting details such as thinned out cotton from cut clothes and fliying and slicing hair of a hat, cable removal used by the set FX during fighting sequences.

Among those effects, the cut bamboo pole and the cut ribbons required more research and development than the others.