Black & White: The Dawn of Justice

After the successful run as a TV series, “Black & White”, and the first movie “Black & White: the Dawn of Assault”, Yueh-Hsun Tsai directed “Black & White: The Dawn of Justice”.
Director Tsai called on BUF's services for the VFX on-set supervision and the creation of the most challenging VFX sequences in his Black & White sequel.

The BUF Team supervised the shooting of all the VFX shots of Black & White: The Dawn of Justice for 4 months in the fall of 2013.
The shooting of Black and White took place on practical locations (streets, buildings, highways, an abandoned factory...) and on the outdoor green screen set in Kaohsiung, Taiwan. This set, the size of 3 soccer fields, included 2 tunnels, a real-size broken bridge, a third of the main platform of the Anti-EMP building. The whole set was surrounded by containers (9 and 12 meters high) in order to hold the green screens.

- CG Nightwalker Helicopter
Designed by the Art Department, our CG Nightwaker Helicopter was modeled and textured based on the on-set element Production built for the shooting. 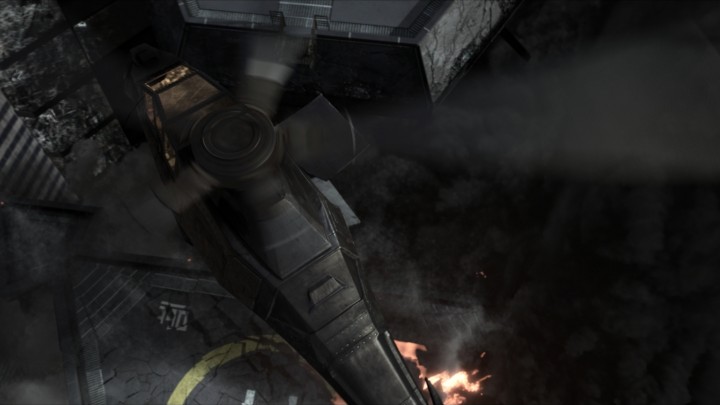 - CG Military Helicopter (shared assets with Taiwanese based VFX companies)
The military helicopter is based on a practical civilian helicopter that was used on set for some sequences of the movie.

- CG Mirage 2000 Fighter Jet
Reference pictures of a Mirage 2000 of the Taiwanese army were used to model and texture the CG Mirage 2000 so they could be integrated in aerial plates in wide and close shots.

ASSETS - SETS
- CG High-Speed Railway Station
The station was modeled and textured using our photogrammetry methods, based on reference pictures taken on set in Taipei.

- CG City Environment
In order to create the environment used to replace the set green screens, our supervisor on set took HDR pictures over 360° from the highest building in Kaohsiung (350 meters high). Once stitched, these pictures created a very high resolution and high-dynamic range panorama covering all the camera angles for the Anti-EMP building sequence. On top of this panorama were integrated CG buildings to give the overall look of Harbor City. 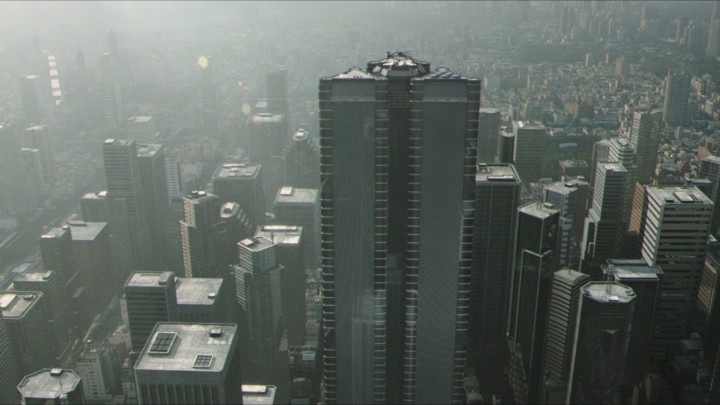 - CG Anti-EMP (Electro-Magnetic Pulse) building
The Anti-EMP building, a 300 meters high building, is made up of 3 towers linked by a main platform at the top of it. Designed by the Art Department, the BUF team modeled and textured it precisely as it had to be used in either wide (full CG building) and close shots (set extension).

- CG Street
For the need of the 747 crash sequence, the entire street was remodeled and textured using our camera mapping method. It allowed for us to easily manage interactive lighting and set modification.

BUF CG artists used the simulation tools, developed by our in-house RnD department, for the creation of the explosions, smokes, fire and destruction.
For the destruction, our tools allowed us to pre-cut the objects and to simulate their destruction based on the designated impacts caused by the collisions. 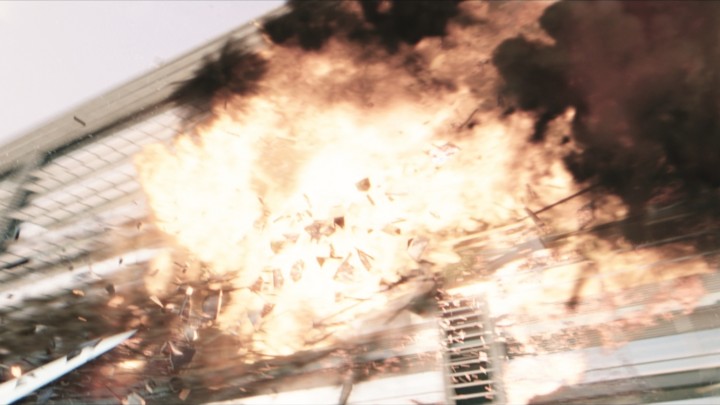 Explosions and smokes were created thanks to the use of voxels, volumetric pixels, within pyrotechnic simulations and rendered with a fire and smoke shader developed by our RnD department.
In addition, particles simulations were generated to enhance the shots with dust and small debris.

A bomb attack causes the derailment of a high-speed train from elevated tracks. 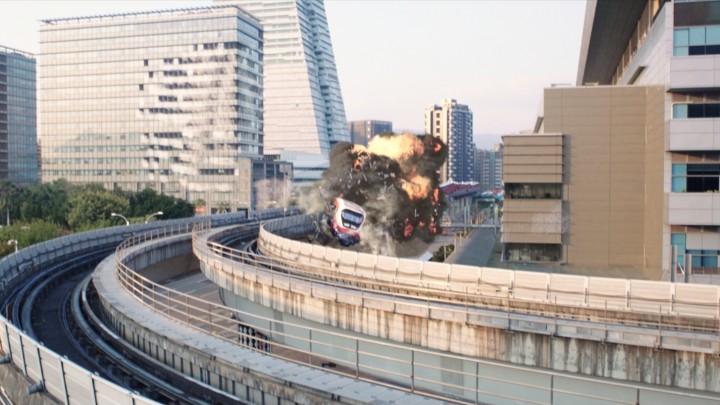 EXPLOSION & CRASH SHOTS
Integration of a CG train exploding and crashing down on the street level around live people into an live action plate.
For the derailment of the train, we shot an elevated track in Taipei as the basis for the shots - including live comedians escaping an imaginary train to be integrated into the action. The practical bridge was digitally erased from the plate and replaced with the collapsing CG Bridge.

Also, the live plate was modified with the integration of a park in the BG. The park was shot in a different location with a similar lighting and camera angle based on the information from the main plate gathered on set and stored into the shooting database.

All CG elements are lighted with HDR sources resulting from the 360°, high-range dynamic photos shot on set. These elements allowed us to precisely and accurately match the on-set lighting in our 3D software. 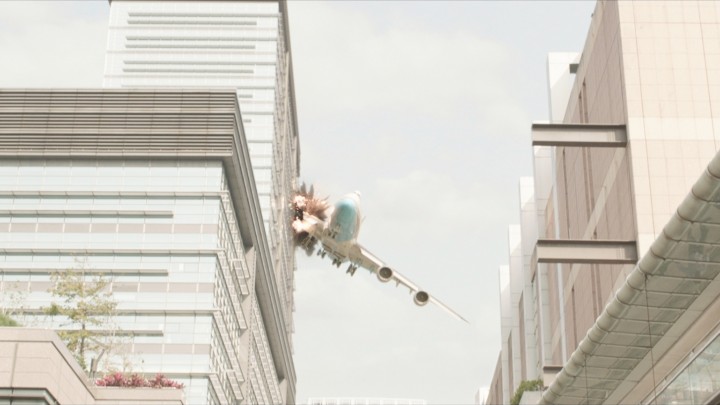 Following the explosion of an EMP missile, a Boeing 747 loses control and crashes on a street in the center of Harbor City.

Plates of the street were shot practically in Taipei with live actors running as if they are being chased by the 747 crashing. This sequence required various steps: tracking, clean-up, integration of the CG 747, modification and destruction of buildings, the street, trees, bridge, cars and the addition of SFX: explosions, smokes, fire. 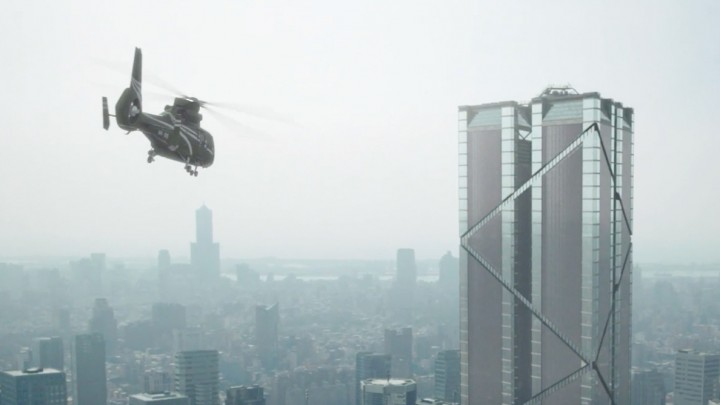 Most of the shots from this sequence were either shot on-set over green screen or using aerial plates:
- Green screen shots: The work on the green screen shots consisted of integrating the CG City environment, CG destruction of the Anti-EMP building and integration of smoke and explosions. 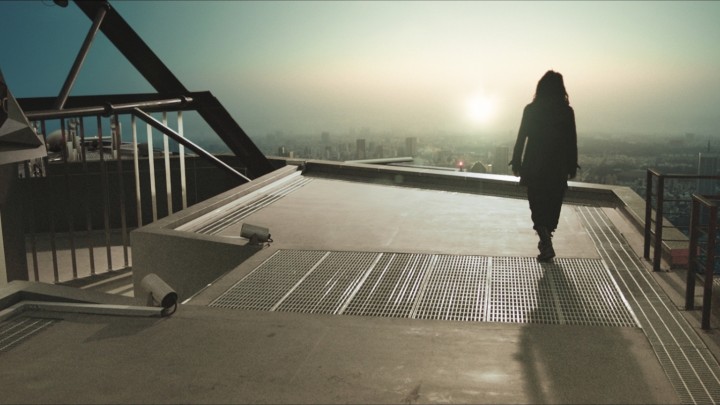 - Aerial plate: Mainly, after stabilizing and tracking the aerial plates, CG jets and CG buildings were integrated. These plates were also used for wider shots of the Anti-EMP building exploding and collapsing on itself. 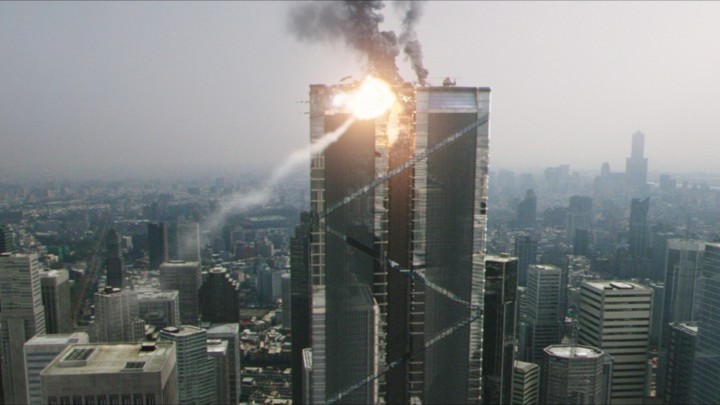